2-William Edward Blackwell was born on 17 Aug 1866 in Hamilton, Tasmania.

2-George Richard Blackwell was born on 21 Jul 1868 in Hamilton, Tasmania.

2-James Henry Blackwell was born on 8 Mar 1874 in Hamilton, Tasmania.

Ada had a relationship with William Aaron Patience, son of William Patience and Nancy Harrison and they moved to Victoria. 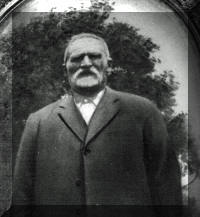 3-William Aaron Patience was born on 20 Apr 1885 in Bothwell, Tasmania, died on 12 Jul 1958 in the Alfred Hospital, Melbourne, Victoria at age 73, and was buried on 14 Jul 1958 in Springvale Crematorium Victoria. William married Clara Ellen Pilcher, daughter of John Pilcher and Esther Christiana Richards, on 8 Feb 1916 in Sydney, New South Wales. Clara was born on 3 Aug 1886 in Hamilton, Tasmania, died on 19 Feb 1969 in Ettalong Beach, New South Wales at age 82, and was buried in Point Clare Cemetery, Gosford, New South Wales.

3-Elsie Lillian Patience was born on 26 Feb 1892 in Bothwell, Tasmania.

3-Arthur Harold Patience was born on 30 Dec 1894 in Bothwell, Tasmania. He served in the First World War:

William Aaron’s father, William, was a widower when he married Nancy Harrison in Bothwell on 7 July 1879.  He was a labourer and she was a shepherd’s daughter. Their son, William Aaron, was born about 1884 in Bothwell, Tasmania, died on 12 Jul 1958 in the Alfred Hospital, Melbourne, Victoria aged about 74, and was buried on 14 Jul 1958 in Springvale Crematorium Victoria.

William married Clara Ellen Pilcher, daughter of John Pilcher and Esther Christiana Richards, in 1916 in Sydney, New South Wales.  She was born in Hamilton, the neighbouring town of Bothwell and they knew each other when young.  They later met in Sydney and were married, shortly before he left from Sydney for the First World War. Their marriage did not survive and after the war he returned to Tasmania.  Clara was born on 3 Aug 1886 in Hamilton, Tasmania, died on 19 Feb 1969 in Ettalong Beach, New South Wales at age 82, and was buried in Point Clare Cemetery, Gosford, New South Wales. According to the electoral roll, Clara Ellen Patience lived alone in NSW from 1930 until her death in 1969.

Embarkation details: Unit embarked from Sydney, New South Wales, on board HMAT A38 Ulysses on 20 February 1916 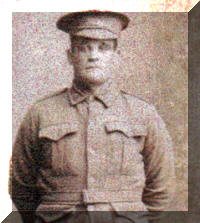 After the war Aaron retuned to Bothwell, where he had a relationship with Ada Harriett Blackwell. They moved to Victoria where they had one son: Aaron William. From around 1920 to 1925 they lived together at Eildon Weir, Albion and Rockbank in Victoria.

From 1928 to 1949 William Aaron Patience lived at various locations in Victoria with Daisy Patience.  No marriage record has been located.

Albert James Cocker first wife, Theodora Catherine Dunn, died in 1922.  Ada Harriet Blackwell returned to Tasmania shortly after 1825 with her son, Aaron William, and she married Albert James (no record has been found).  Either formally or informally Aaron was adopted by James and Aaron changed his surname to Cocker.  Later in life he was also colloquially known as Joe Cocker.

5-Anthony John Cocker was born on 6 Aug 1966 in Calvary Hospital, Hobart, Tasmania. Anthony had a relationship with Unknown They had one daughter: Unknown.

Anthony next had a relationship with Tanya Louise (Myers) Barton. Tanya was born on 8 Mar 1968 in Hobart, Tasmania. They had one son: Alycia May.

6-Alycia May Cocker was born on 14 Feb 1991 in Queen Alexandra Hospital Hobart, Tasmania. Alycia had a relationship with David Coleman They had one daughter: Febi Jade.

2-Georgiana Blackwell was born on 4 May 1879 in Hamilton, Tasmania.

2-Elizabeth Mary Blackwell was born on 28 Aug 1881 in Hamilton, Tasmania.

2-Arthur Albert Blackwell† was born on 10 Oct 1883 in Hamilton, Tasmania and died serving his country in the First World War on 16 Sep 1916 in Somme sector, France at age 32.

On the 6th inst., Mr. Walter John Blackwell, aged 42, a highly respected and hard-working member of our community, was accidentally killed through a motor accident. Mr. Black well has left a family of 10 children. who with the widow are totally un-provided for. Seven of the children are under 34 years of age, the youngest being six months. At a representative public meeting held at Rosegarland on the 11th Inst. it was resolved to open a subscription list to assist the widow, Mrs. Blackwell, and her children. .....

3-Rosina Florence Blackwell was born on 10 Jun 1910 in Shooters Hill. Rosina married James Edward Tubb. James was born on 13 Jan 1905 in Sorell Creek, Tasmania and died in 1985 in New Norfolk, Tasmania at age 80.

3-Violet Nancy May Blackwell was born on 5 Sep 1916 in Upper Plenty, Tasmania.