The Lower Barrington Rovers were football premiers in 1912, 1913 and 1914. This picture is of the 1914 team and was published in the Advocate on 13 May 1985 and in the 1985 book The Days of Our Youth: being a brief history of Lower Barrington with memories of students from the last years of the school's life by Three Old Scholars.

Over half of those pictured live somewhere in our family tree. 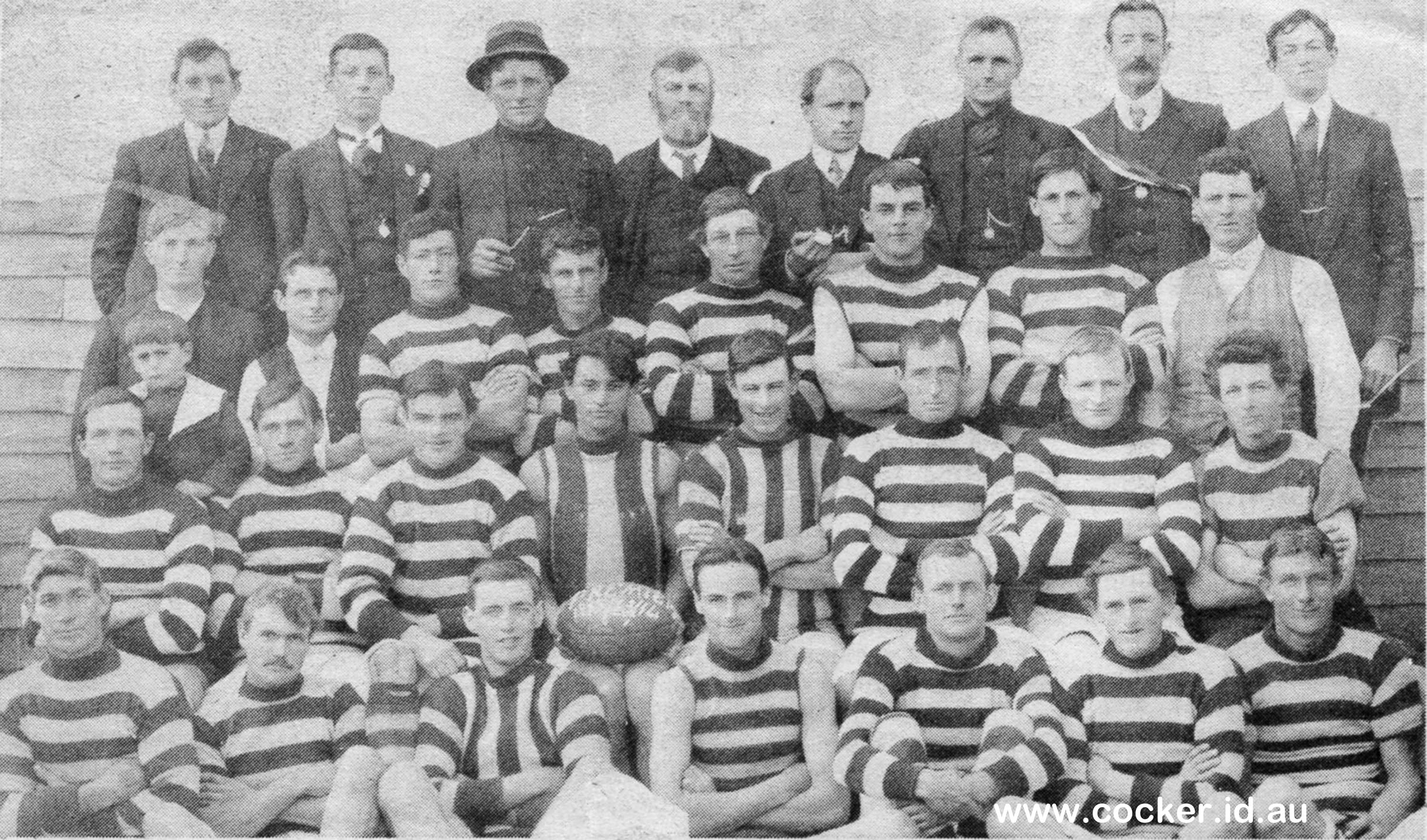